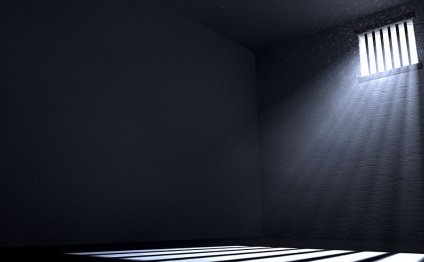 Three Florida residents have been charged in the "largest single criminal health-care fraud case ever brought against individuals" by the U.S. Justice Department — an alleged Medicare fraud and money laundering scheme that netted participants a whopping $1 billion since 2009, prosecutors revealed Friday.

The owner of more than 30 Miami-area skilled nursing and assisted living facilities, as well as a hospital administrator and a physician's assistant were charged in an indictment with conspiracy, money laundering and health-care fraud, the U.S. Attorney's office in Miami said.

An explosive indictment and other court documents filed Friday claim that the massive alleged scam helped wealthy health-care operator Philip Esformes, 47, fund a lifestyle that included private jets, a $600, 000 watch, meetings with escorts in hotel rooms, and a private basketball coach for his son.

The indictment claims that Esformes, 47, with his co-conspirators, cycled thousands of Medicare and Medicaid beneficiaries through his Esformes Network facilities despite the fact they didn't qualify for such care.

At those facilities, prosecutors said, they also "received medically unnecessary services that were billed to Medicare and Medicaid, " the huge government-run health programs that cover primarily senior citizens and the poor, respectively.

"Furthermore, Defendant [Esformes] and his co-conspirators preyed upon his beneficiaries addictions by providing them with narcotics so that the beneficiaries would remain in Esformes Network facilities, allowing the cycle of fraud [to] continue, " prosecutors said in a court filing.

"Esformes is alleged to have been at the top of a complex and profitable health-care fraud scheme that resulted in staggering losses — in excess of $1 billion, " said FBI Special Agent in Charge George Piro. Prosecutors say that Esformes operated the Esformes Network for "more than 14 years ... to enrich himself through false and fraudulent billings."

Assistant Attorney General Leslie Caldwell of the Justice Department said: "This is the largest single criminal health-care fraud case ever brought against individuals by the Department of Justice, and this is further evidence of how successful data-driven law enforcement has been as a tool in the ongoing fight against health-care fraud."

South Florida is a hot spot for health-care billing fraud schemes that target the huge federal Medicare program, and the giant joint federal-state Medicaid program. As a result, the region has received special scrutiny from federal health regulators and prosecutors.

In addition to Esformes, 49-year-old Odette Barcha, who had been director of outreach programs at Larkin Community Hospital, and physician's assistant Arnaldo Carmouze, 56, also were charged in the case and arrested early Friday morning. After being presented in federal court Friday afternoon, they were ordered held in jail pending detention hearings, with Carmouze's scheduled for next Wednesday.

Esformes and Barch, who are scheduled to appear at an Aug. 1 detention hearing, were also charged with obstructing justice

"According to the indictment, following the 2014 arrest of co-conspirators Guillermo and Gabriel Delgado" — in a prior case involving their alleged sale of the names of Medicare patients to a corrupt pharmacist — "Esformes attempted to fund Guillermo Delgado's flight from the United States to avoid trial in Miami, " the U.S. Attorney's office said.

"The indictment further alleges that Barcha created sham medical director contracts following receipt of a grand jury subpoena in June 20, 2016, in order to conceal and disguise the payment of kickbacks she made in exchange for patient referrals for admission to Esformes Network facilities and another Miami-area hospital, " the office said.

Esformes and his co-conspirators are alleged to have further enriched themselves by receiving kickbacks in order to steer Medicare beneficiaries to other health-care providers — including community mental health centers and home health-care providers — who also performed medically unnecessary treatments that were billed to Medicare and Medicaid, the office said.

"In order to hide the kickbacks from law enforcement, these kickbacks were often paid in cash, or were disguised as payments to charitable donations, payments for services and sham lease payments, court documents allege, " according to prosecutors.